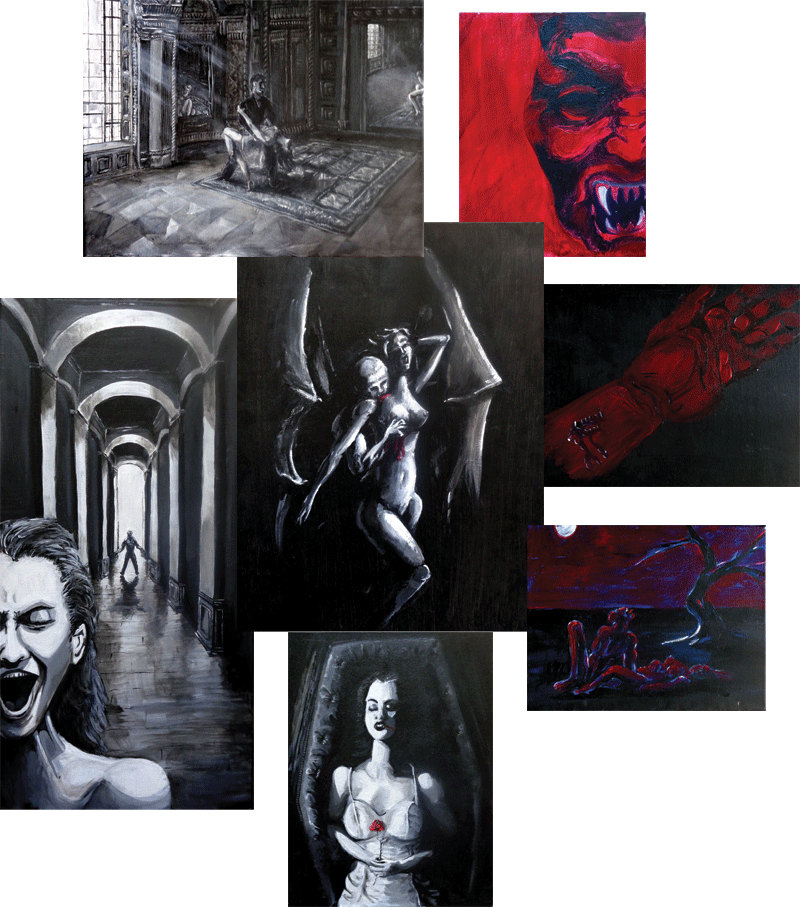 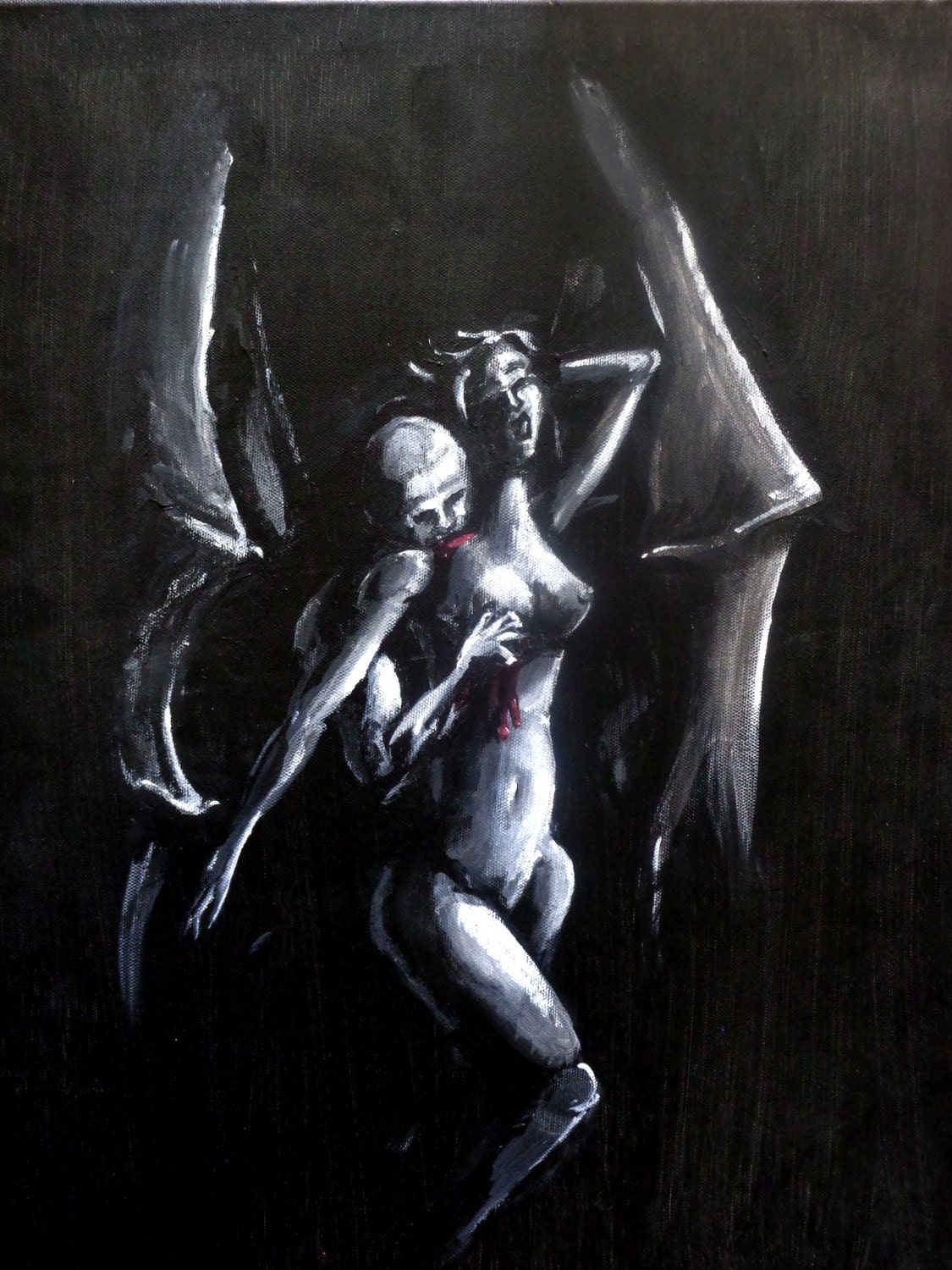 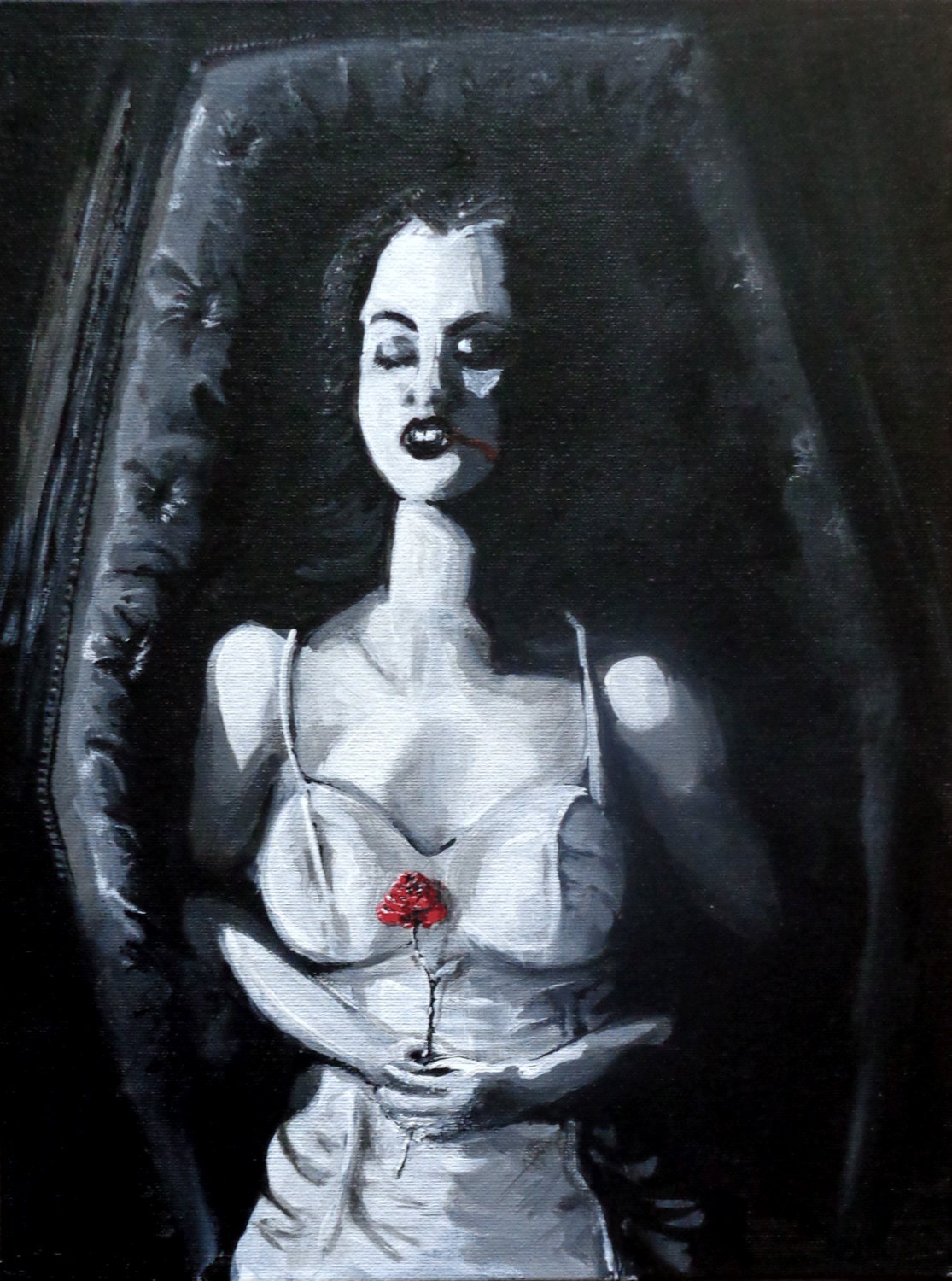 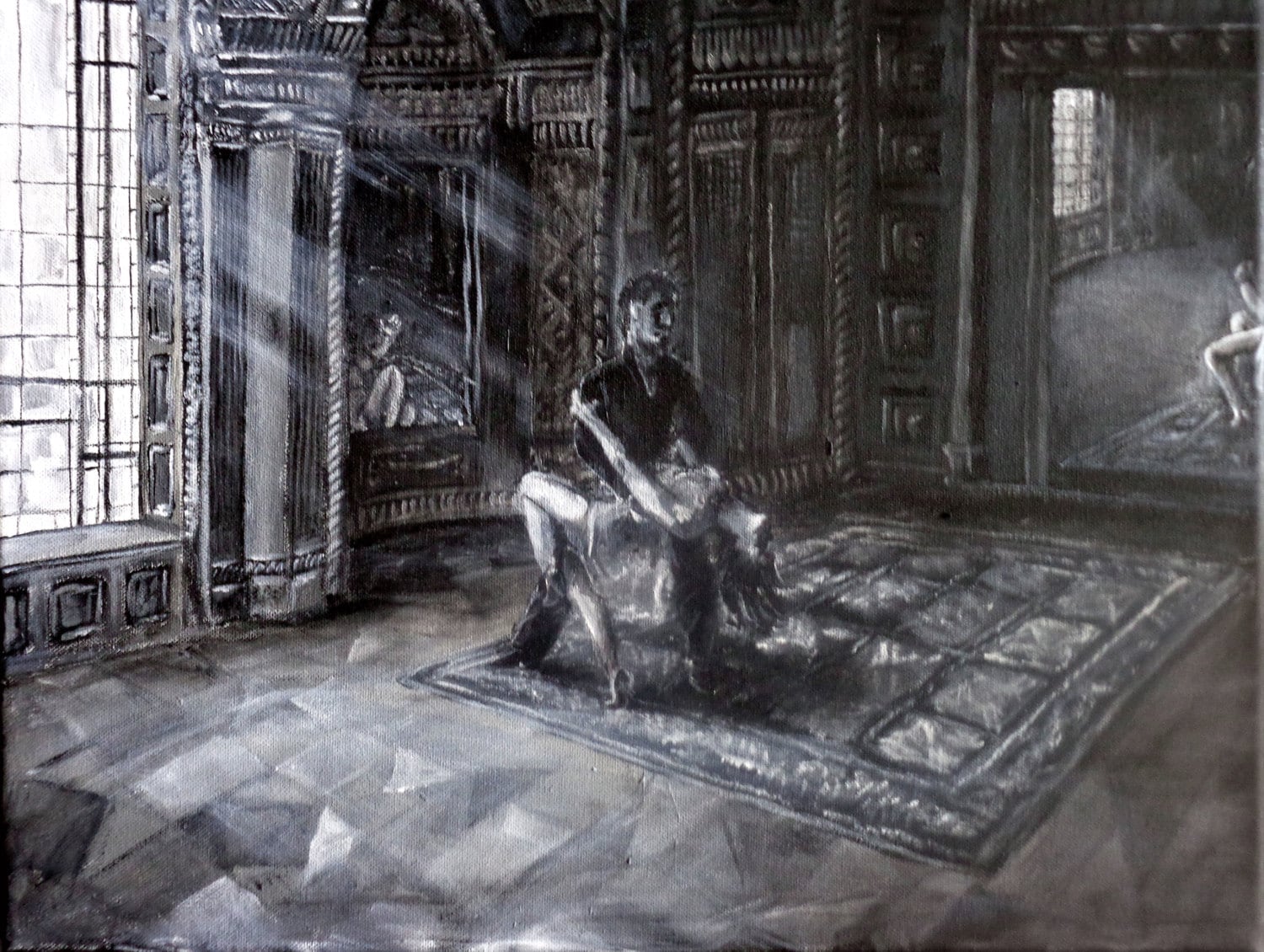 This is an original piece, so only one is available for purchase.
Signed by the artist- Mike Armstrong and comes with certificate of authenticity.

Inspired by vampire folklore, this series takes you on the hunt of a vampire and his prey. It begins with the seduction of his prey (top left) in a ballroom lit by the moonlight through the window. As his prey notices that only she has a reflection in the mirrors, her realization that the man seducing her is not what he seems. The story continues and she bolts from the room, screaming in terror as she runs down the corridor (bottom left). The predator is to quick though and she is captured. Her clothes are torn from her body as the beast takes on his true form (top right) and he begins to feast on her (center). His fangs ravage her writhing body (right center) until she stops moving. He howls over his conquered prey (bottom right). We see the story end with the former prey clutching a rose in her coffin as blood drips from her lips. The end? No, its just the beginning...

I gladly accept returns and exchanges

Ship items back to me within: 30 days of delivery

But please contact me if you have any problems with your order.

The following items can't be returned or exchanged

Because of the nature of these items, unless they arrive damaged or defective, I can't accept returns for:

We absolutely do custom orders! Just let us know what you are looking for and we will do our best to make it for you. Make sure on leather items to give all the details- color, size, shape and if you want tooling, please give us as much detail or send a photo in jpg, pdf, tif, or gif

How do I know what size hat to order?

We can custom make your leather hat based off of several different methods- 1. Simply measure the circumference of your head and leave a note in the comments box when ordering. This can be in either centimeters, millimeters or inches. 2. If you know your standard hat size leave in the comments when ordering 3. Use standard Alpha numeric sizing ( standard hat size 6 3/4 = small, 7- 7 1/8 = medium, 7 1/4- 7 3/8 = large, etc.)
When in doubt, just give us the exact circumference in the comments- we actually prefer this as it is much more exact

Tooling is the carved and/or stamped pattern in your leather item we are making for you. This can be done with almost any image you would like. You provide the image and we can most likely put it on the leather.

0 items in your cart